Alibaba Cloud (阿里云) is certainly becoming an obvious place where growing organisations are migrating their websites and campaigns to the cloud. This is helping them seeing a lot more prosperity in their operations. Thanks to their fantastic stack made of Apsara (Operating System), hardware and unique products, expect anything running there smoothly.

Today, I’m going to let you have a look at why Alibaba Cloud it’s becoming so valuable for many popular businesses this days and how to run your next big campaign with them. 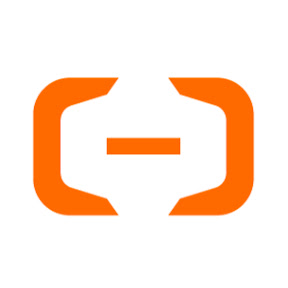 Alibaba Cloud powers about 2/3 of Chinese cloud-based applications. Imagine a country with 1.3b inhabitants and a smartphone penetration of more than 63%. Think that. Again. Sink it. Cool… Now imagine when something becomes viral in that country. Big, right? I’m feeling sorry for and impressed by Chinese Ops Teams!. But, to be fair, Alibaba Cloud supports most of that in the background. 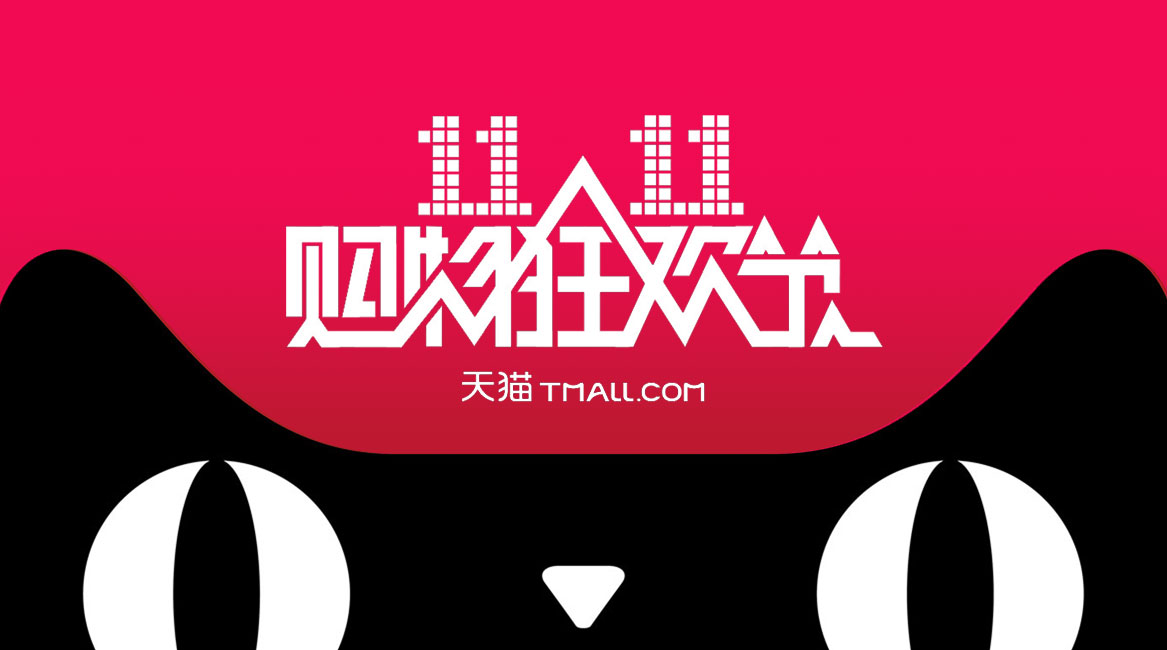 The best example of good performance in busy situations is when the Singles Day happen. Every 11 of November Alibaba holds the biggest and most busy online ecommerce festival in the world. It always runs so smooth.

To give you an idea of how big the event is, take Amazon Prime Day (which, btw, crashed during the first minutes last time), and multiply it by 30. Engineers at Alibaba Cloud have the experience no other cloud provider does.

Either you work for your company or for clients, you will often encounter the classic problem of creating a one-off marketing campaign where you have no idea how big the actual traffic will be. It can be 80 people per day or 800k. You just don’t know, is how marketing works most of the times.

Developing a one-off app for a campaign can be, consequently, a very frustrating thing. That frustration comes most of the times when architecting the infrastructure solution. Should you create a scaling group of 10 instances? 100 perhaps? 1000? Who knows, right? 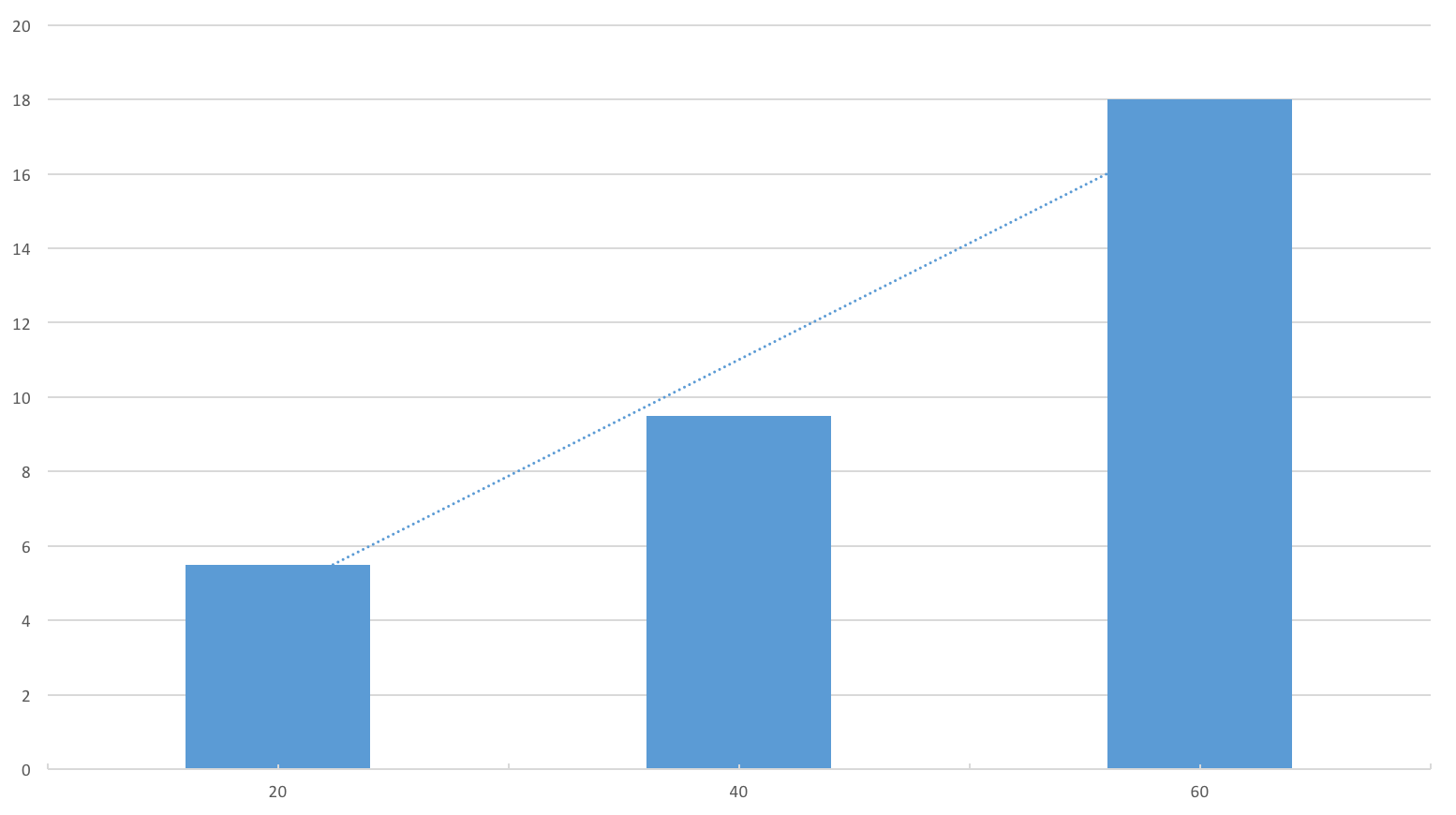 There are plenty of disaster examples, even from large companies like BestBuy, Netflix, ClickFrenzy and so on. Yes, it happens even in the best families. But that is not an excuse for you. The good thing from Internet is that, when something bad happens to a big company, everyone instantly learns the lesson.

SaaS to the rescue

With newer SaaS offerings out there from cloud providers, it becomes very tempting to have a look and give them a try. Amazing solutions exists like Function Compute, where you can just upload a function made in your favourite programming language and run it without even caring about setting up a server. Doesn’t sound that familiar? I’m talking about serverless, my friend.

Serverless is a new computing paradigm in which you can build applications composed of microservices running as a response to events. Under this model the services automatically scales according to the usage. This means that you only get charged when they are executed down to 100ms blocks, becoming the most “Pay-As-You-Go” model ever. Of course, this reduces the overall cost of maintenance for your apps, enabling you to more on the logic, deploying faster. Read more about serverless and Alibaba Cloud in this special article I wrote.

Let’s get to the core of this article. The following diagram exposes an ideal and virtually infinitely scalable campaign: 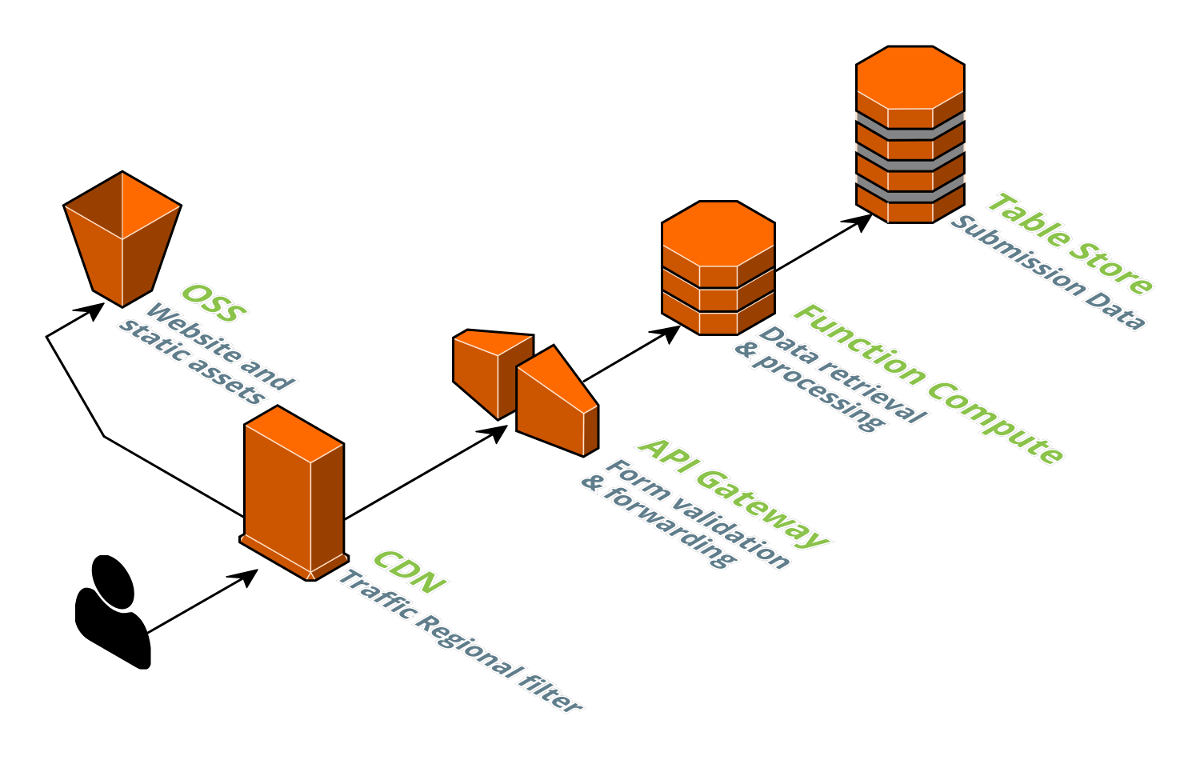 The campaign lives on a OSS bucket with CDN in front of it. All the requests will go using AJAX to API Gateway (which validates the request for you). The API uses Function Compute as a backend and processes the submitted data from the campaign. This, then, safely stores the customer information on Table Store.

In this way, doesn’t matter that your campaign becomes worryingly viral on the wild internet, it’s going to keep accepting visits like a pro and will never become even slightly slower with the usage. Alibaba Cloud will back you on this.